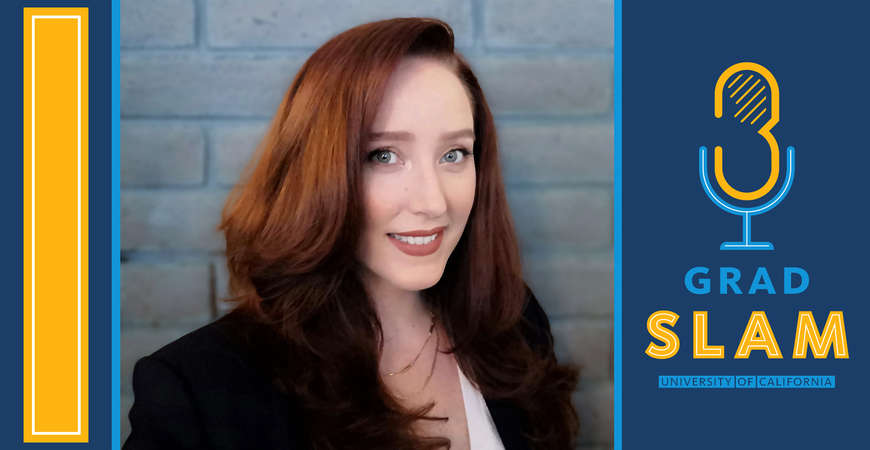 UC Merced’s top 10 Glad Slam finalists went head-to-head earlier this month to share their research in three minutes, in a format meant to share their scholarly work in a manner that is accessible for the general public.

“We’re proud of every one of our graduate student presenters, how incredibly passionate they are about their research and the care they took in communicating it to us,” interim Associate Graduate Dean and Professor Asmeret Asefaw Berhe said at the conclusion of this year’s presentations. “We applaud Jessica Wilson for her winning talk and look forward to her continued success against the nine other campus winners at the systemwide Grad Slam final next month.”

Wilson started graduate studies at UC Merced in August 2017 after earning a bachelor’s degree in biology with a chemistry minor from Fresno State. The following spring, she learned about the Grad Slam competition and promised herself she would participate.

“This is my first time going out and I won!” she said. “It's exciting and really validating.” 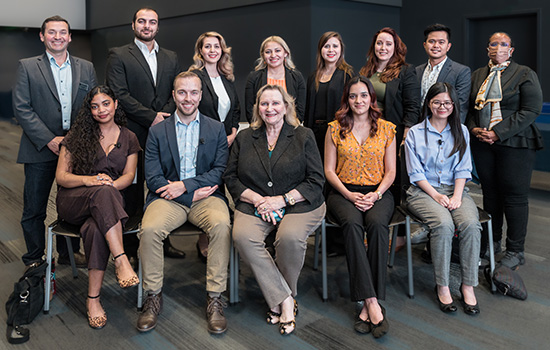 Wilson earned a master’s degree in immunology at UC Merced and is now pursuing a doctorate in physiology in the QSB program. Her research in Professor Rudy Ortiz’s lab focuses on the effects of cannabidiol (CBD) on hypertension and metabolism.

Metabolic syndrome is a pervasive condition affecting about 47% of the population in the Central Valley alone, Wilson said.

“It really is a problem,” said the third-year graduate student from Upland in Southern California. “We don't really know what cannabis, or any component of cannabis, does in the context of such a pervasive condition like metabolic syndrome.”

Interest in cannabis research has increased as it has become more accessible due to the shift in legislature and public sentiment toward cannabis use.
“I think we're starting to see the tide shift especially as cannabis becomes more accessible,” Wilson explained. “People know more friends and family members who consistently take CBD for ailments.”

Grad Slam challenges the UC’s more than 50,000 master’s and doctoral students to distill their research into three-minute talks, all with the goal of breaking down complex scientific and scholarly topics.

“It's a great exercise. It's a way to step out of your science bubble and remember you're not doing research to just impress your PI (principal investigator),” Wilson said. “You're doing it to help people.”

Everyone is invited to watch the UC Grad Slam final via livestream beginning at 11 a.m. Friday, May 6, and cast a vote for Wilson for the People’s Choice Award.

It's a great exercise. It's a way to step out of your science bubble and remember you're not doing research to just impress your PI.